In its March 4, 2016 decision in HBLC, Inc. v. Egan, the Appellate Court of Illinois, First District, reinstated the debtor's counterclaim against the debt-collector and its law firm for knowingly filing a debt collection lawsuit to collect a debt after the five-year statute of limitations on the debt had already expired. In so holding, the Illinois court joined the 7th and 11th Circuits and District Courts in Indiana and California in holding that under the Fair Debt Collection Practices Act (FDCPA), it is unlawful for debt collectors to knowingly bring invalid debt collection lawsuits.

The Illinois Court stated that it is "disreputable" and "unscrupulous" for a debt collector to sue after the statute of limitations expired with the hope that the debtor is unaware that he has a complete defense to the suit and so will default, thus exposing the debtor to wage garnishment and other collection efforts.

The Illinois' court's decision is an important victory for consumers. Each year, unscrupulous debt collectors bring tens of thousands of frivolous lawsuits against debtors based on their expectation that they will get default judgments against consumers. The court noted that many consumers are unaware of their legal rights. Quoting an Alabama court, the Illinois court observed that even consumers who are aware of the statute of limitations defense often give in because: 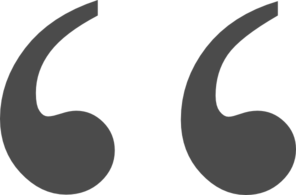 She must still expend energy and resources and subject herself to the embarrassment of going to into court to present the defense; this is particularly true in light of the costs of attorneys today Under the FDCPA, a consumer is entitled to monetary damages against the debt collector. Thus, the Illinois court's decision will hopefully inspire consumers to be vigilant in protecting their legal rights by responding to debt collection complaints. As noted in prior blog posts, consumers can challenge a debt collection lawsuit by filing answer forms on their own without incurring legal fees.