Why You Need to Answer a Debt Collection Summons

Ten Reasons Why You Need to Answer a Debt Collection Summons 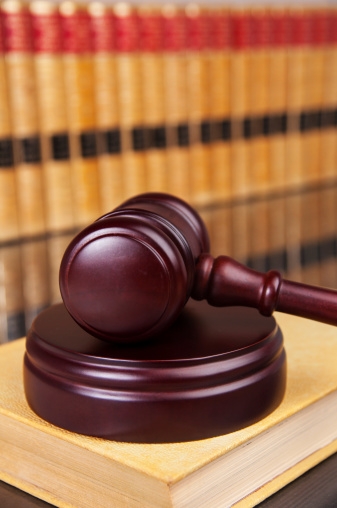 Falling behind on bills is stressful. Getting calls by debt collectors or being served with a civil summons and complaint for debt collection can cause consumers to feel a sense of humiliation that hinders them from taking basic (and straightforward) steps to protect their legal rights and financial health. Because of medical issues, job loss or other catastrophic events, people may go further into the debt collection process than they ever imagined.


Perhaps you don't believe that you have a valid defense or that you can't succeed without hiring a lawyer. In fact, debt collectors are relying on the fact that most people wrongly assume that they cannot effectively answer a summons if they can't afford a lawyer. These assumptions are flat-out wrong. In most instances, by answering a civil summons, you can have the lawsuit dismissed or negotiate a substantial reduction of the debt. If you don't answer, a default judgment will be entered against you, which will accrue interest for years into the future. Quite simply, you have everything to gain, and nothing to lose, by responding to a debt collection lawsuit.


One of the enshrined principles of American law is the right of every individual to appear in court and represent himself or herself. There are literally hundreds of published court decisions, from every state in the United States, that articulate the legal right of self-representation. For example, in the case of Gary v. Justice's Court of Williams Judicial Township (1937) 18 Cal.App.2d 420 (63 P.2d 1160), the court held that a self-represented litigant has the right to "appear and conduct his own case."


It is the duty of every judge to allow you to present your defenses and proofs. In the case of Lombardi v. Citizens Nat. Trust & Sav. Bank (1951) 137 Cal.App.2d 206, 209 (289 P.2d 8231), the court held that the trial judge has a "duty to see that a miscarriage of justice does not occur through inadvertence." As a practical matter, this means that most judges will be forgiving of you if you do not fully understand the procedural technicalities of defending against a civil summons.


Many people don't realize that debt collectors are betting on the fact that they will default and not answer the complaint. Most credit card companies have no interest in fighting against a consumer who is willing to stand up for their legal rights. If you file a counterclaim alleging that your rights under the Fair Debt Collection Practices Act have been violated, you have an even greater likelihood of getting the debt collection complaint dismissed.


Judge Noach Dear of the New York City Civil Court (a court that, in all likelihood, handles the highest volume of debt collection lawsuits in the nation) estimates that "90% of credit card lawsuits are flawed and can't prove the person owes the debt." Throughout the United States, courthouses are witnessing an explosion of debt collection lawsuits. In many instances, these proceedings are brought by companies that "purchased" the debts and lack the documentation to prove that they have standing to collect the amounts allegedly owed. In an even larger percentage of cases, the plaintiff (i.e., the debt collectors) lack essential documents to prove that the alleged debts are owed by the defendants. Creditors rely on mass produced documents that are frequently defective.


If you are facing a debt collection lawsuit, download a legal answer form with affirmative defenses. The odds of succeeding are far higher than most debtors realize.